Bolivia is in the heart of South America, and La Paz is the seat of government in Bolivia, although the capital city is Sucre. It’s the political and social center of the country, with the highest sustainable development level of the country. La Paz is the third most populated city, after Santa Cruz de la Sierra and El Alto (which is neighboring La Paz). With an average altitude of 3650 m.a.s.l., La Paz is considered the highest metropolis of the world; this altitude gives the city a subtropical climate, with rainy summers and dry winters. In December, we would be in summer, with an average temperature of 10 – 15 °C, sunny weather, and it rains at night.

La Paz is the most visited city because of its colonial and republican architecture and is home to the highest cable car system in the world. Calle Jaén is one of the most notable streets, with 10 museums in the street and leading to other interesting touristic architecture. Near the city, you can find climbing mountains such as Cerro Illimani (highest peak of the Cordillera Real) and Huayna Potosí. The city is a 1-hour drive away from Lake Titicaca (beautiful cities such as Copacabana or Isla del Sol can be found there), Tiwanaku (ruins from the ancient culture Tiwanacota that disappeared without trace), Coroico, or Sorata (in Los Yungas region, has a tropical climate), among other. 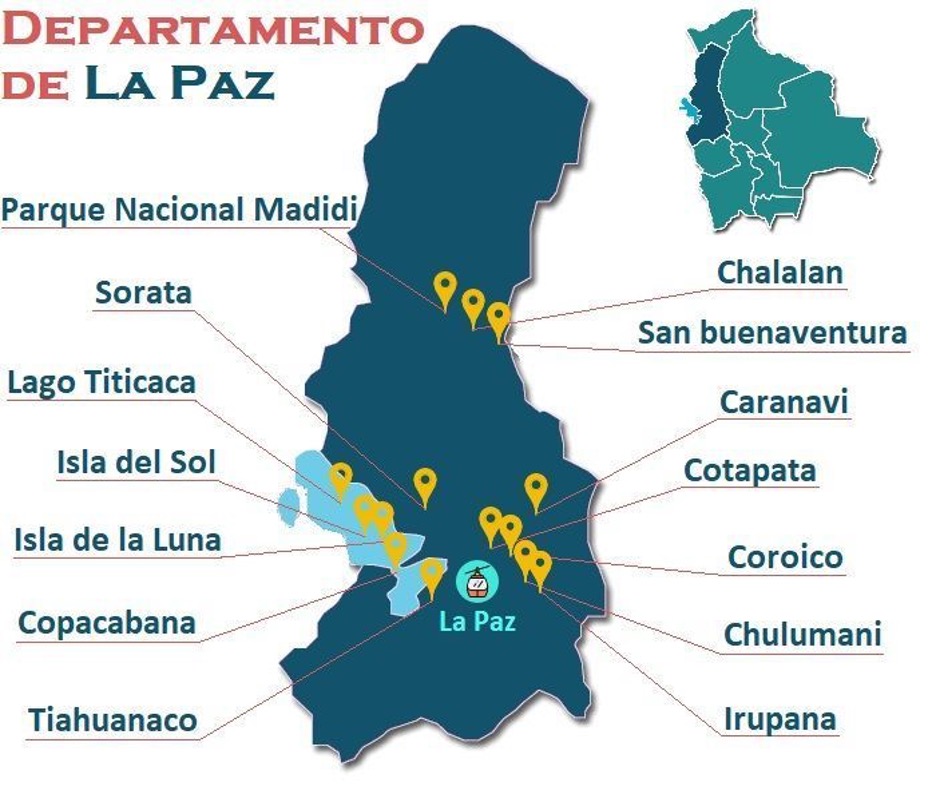 The International Airport of El Alto, in the city of La Paz, deserves the city. It is located 13 kilometers to the west of the city center, at the very end of the Autopista La Paz – El Alto. You can reach the city center by taxi, which has a cost of about 60-100 BOB. Please use only authorized taxi drivers for security reasons (easily recognizable blue and white taxis at the departure door of the Sala de Llegadas).

The national currency is Bolivianos, and the exchange rate (to October 2022) is of 6,91 BOB/USD.

We recommend four hotels (highlighted in yellow) from which we offer a door-to-door transfer to the conference venue, in Calacoto zone (dotted red line): 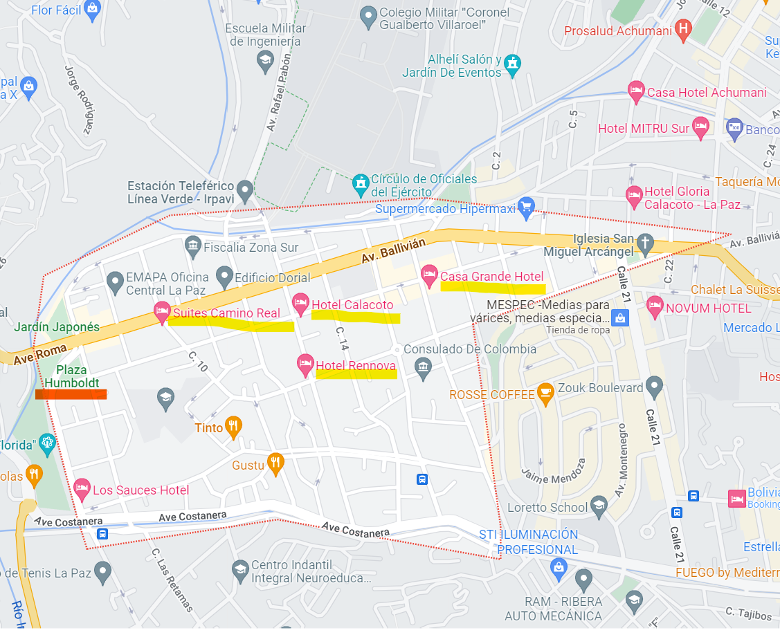 The transportation system of UPB will be available to and from the conference venue from Plaza Humboldt (highlighted in orange) which is about 20 minutes distance, before and after each parallel session.